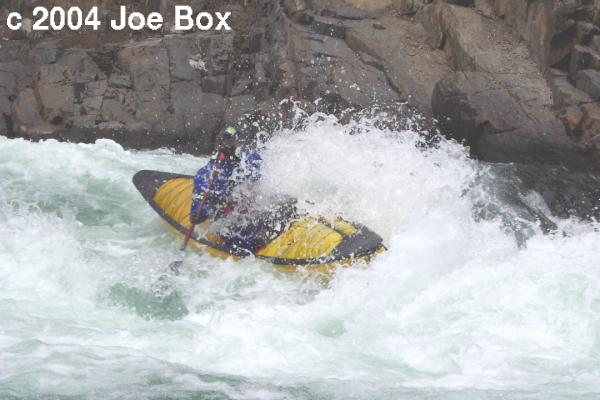 We are 3 paddlers who live on Vancouver Island. Pete Smolders is the kayaker in our team. He grew up in Nova Scotia where he cultivated a love and respect for water. He could frequently be found either working or playing on the ocean. After a few years of living inland his attraction to water led him to the rivers of the Rocky Mountains where he learned to whitewater paddle.

His western migration continued and eventually ended up on the West Coast of Canada. Today, Pete spends the majority of the year outside. He is a wilderness instructor with a program for adjudicated youth based in Victoria. He continues to spend a large part of his life on or near the water. He now calls Vancouver Island home where he gets the perfect blend of ocean and rivers. He lives in Victoria with his partner Darla.

During his teen's and early 20's, Tim Marks spent his time mountaineering in the Rockies of BC and Alberta, or the Coast Range near his home in North Vancouver, BC. The granite cliffs of Squamish gave way to a growing interest in sailing.

Competing in a Jack \& Jill race (double-handed, male/female) from Port Angeles, WA, to Honolulu, Hawaii, Tim and his wife, Mary, broke the course record. Tim's most satisfying accomplishment was taking his six-month old daughter and wife sailing on their own boat to Mexico and French Polynesia. This two-year adventure culminated in a 5,000 mile single-handed ocean passage from Tahiti, French Polynesia, to Victoria, Canada.

With the growing family, Tim gave up ocean passages and sailing in general, but managed to steel away time to start whitewater paddling. Paddling weekends to prepare for summer tripping, eventually lead to becoming an ocean and whitewater instructor trainer.

Jan Dettmer, a PhD student at the University of Victoria, is a canoe fanatic. Whitewater and flatwater, freestyle and marathon canoeing are all his passions. He is a seasoned wilderness traveller and has done several 2+ month wilderness trips in northern Canada by fair means. The last trip was known as the Ellice River 2003: By fair means! expedition.