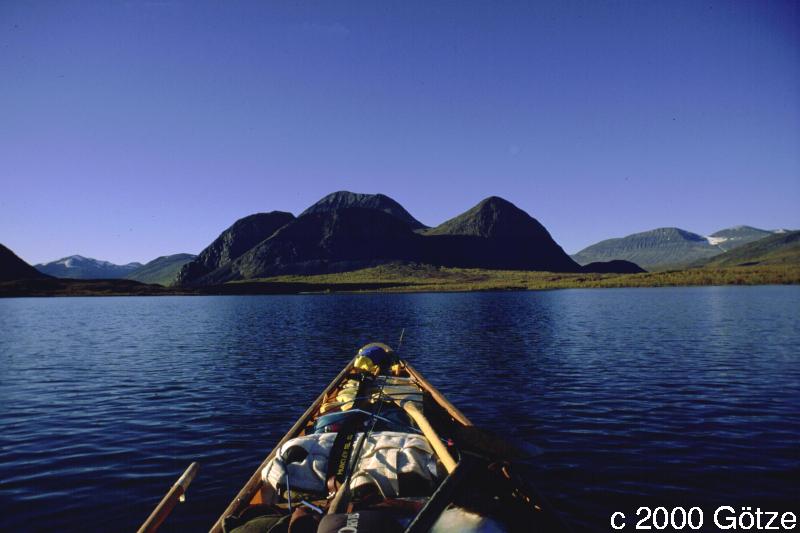 The team will consists of only two paddlers in one tandem. Heinz Götze is from Germany and works as a canoe instructor. From the ACA, he earned the title Instructor Trainer. He started wilderness tripping as a fierce Fly Fisher. Since he did not like the idea of washing down rivers in a "Float Tube", he did the only rational thing: He became an open canoeist, of course! His experience include long canoe trips in Scandinavia and northern Canada.

Jan Dettmer always loved the great outdoors. He was hooked on this canoe thing since he wanted to experience the real wilderness on our earth. His experience include Ski- and Canoetrips in Scandinavia and Canada.

In recent years, Heinz and Jan did some trips together, including a 70 days trip in 2000. This trip happened to be the first try to reach the Ellice River by fair means. However, after a month of inching up their way on small creeks and canoeing the vast expanses of great tundra lakes, they were forced to turn back due to low waterlevels.

Both are whitewater paddlers, enjoying playboating in technical whitewater up to high levels of difficulty. Further, flatwater paddling and continuous training on flatwater technique, to get "the extra quantum" of efficiency out of the stroke are what they call fun. Even a small pond would be enough, as long as there is a "Twister" or "Wildfire" on that pond to spin around in circles!

There is another small detail to be said about Heinz. In winter, he works as a cook in a french restaurant...